Soon after the Britishers left India, when the British government was deciding upon General of Indian Army, chacha Nehru suggested that a British officer be appointed for the job since Indians do not have experience for it.

On this, he was reprimanded by Lt General Nathu Singh Rathore who said: Why not get PM too from Britain since we don’t have experience of governance either! 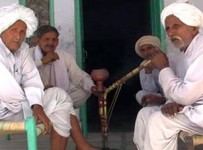